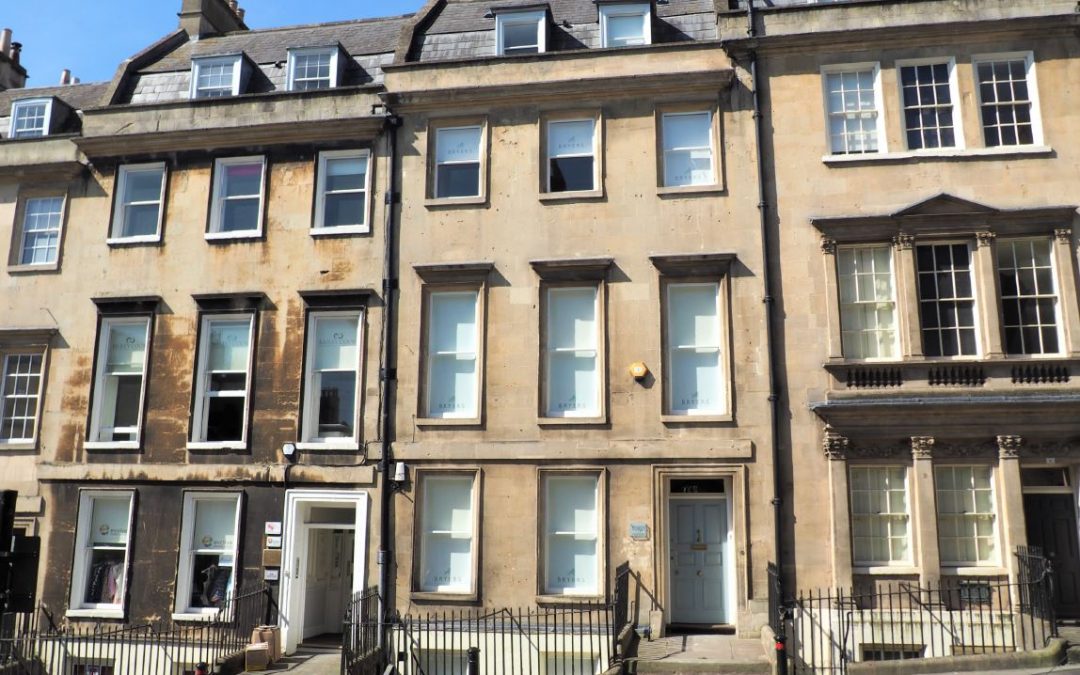 LPC (Trull) Ltd have successfully won an appeal in Bath, and in doing so, have overturned the decision of Bath and Northeast Somerset Council to refuse planning permission for the change of use of an office (Class E) to a dwelling (Class C3).

The property is situated in Gay Street, in the heart of the city centre, and comprises a five storey Grade I Listed Building, which at the time of making the application was vacant but had last been used as an office.

The reason put forward by the Council for refusal of the application was that “In the absence of sufficient evidence, the proposal would result in the loss of office space which would, cumulatively, result in a significant loss to strategically important office accommodation in Bath and significantly harm the Council’s ability to plan positively for economic development”.

Following the issue of this decision, we advised our client to pursue an appeal via the written representations’ procedure. Following our instruction, we prepared a detailed appeal statement of case including references to other similar applications in Gay Street for change of use that had been permitted, together with a supporting statement prepared by property consultants Carter Jonas.

In allowing the appeal, the main issue identified by the Planning Inspector was the effect the loss of office space would have on the economy of Bath. However, contrary to the Council’s opinion, the Inspector concluded that “the appellant has provided evidence of the good current availability of office space in Bath, including within comparable buildings providing similar space. This demonstrates that despite the reported loss of space, demand is not currently close to outstripping local supply, and that ample alternatives to the use of No 7 exist”.

Furthermore, the Inspector concluded that “considered either individually or cumulatively, the relatively small amount of poor-quality office space that would be lost would be neither significant nor strategically important, and nor would it significantly harm the Council’s ability to plan positively for economic development”.  The appeal was therefore allowed, and planning permission granted for the change of use to a dwelling.